I have been asking this question around. What do you like best. A disk, or the digital copy. The more answers I read the more I came to realize just how personal this question really is.

Not two people were thinking the same about it, and all their reasons were based purely on their own opinion. So… now I am going to give mine, for all you to read.

First of all, I have both digital games and disks. The platforms I game on right now are: PC, (PC MASTER RACE), Playstation and Nintendo Wii. Older ones are Gamecube and Gameboy color. (used to be Xbox 360) When I started out with gaming back in the time of Commander Keen getting a floppy with a game was the only way to do it. You had to go and buy it. Later on you got cd-roms and dvd-roms. And so on until where we are today. Now you can go into Steam or the Playstation Store and buy a digital copy, download it and play right away.

This is what appeals to me about digital ones. They get stored on your account, you can download them when you wish and play right away. No waiting (exception of download times), no lines. Just going for it. But then there are some games… some that I am fangirling so hard over… *Cough* WITCHER *COUGH* I just have to own them. I have to store them on my shelve and dammit I want the whole world to see it.

These are those games that touched me in some way. I do have games yes I have both on digital and a disk. Just cause… well I need them. I think it’s more a case of image in a way. How many games can you store on that shelve for others to see. Because really, the digital copy is the same as that disk… just you can’t show it off on a shelve for others or for yourself to admire. It’s there inside your account hiding and out of view. And for some games that is just not done.

Of course now also with the steam sales going on more games go digital, and I end up owning games on PC and Playstation. Why because well. it was only 3 euros in the steam store. I suppose it’s the same for people who fangirl over movies or books. You can’t have enough of it, and I know if I have to chose… if I get objective about this. It doesn’t matter… as long as you can play the game… The rest is really image and a way to admire what you own. I do it, I know others that do it. And it’s what we would say; we need it. 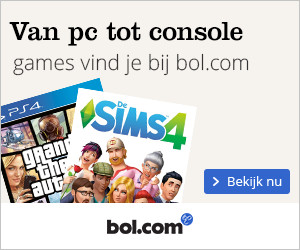